Hazelnuts( corylus avellana) are very nutritious. They are a good source of protein, carbohydrates, fats, vitamin e, minerals, dietary fiber, antioxidants and have been shown to lower cholesterol . 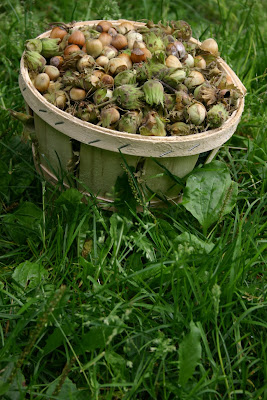 Hazelnuts have been grown for thousands of years in Scotland and other European countries. Not only were they a great source of food but they were also coppiced or cut to the ground every couple years and the new growth, being very straight was used for arrows, basket weaving, fences and to build their huts with. Today they are grown commercially in many countries including the United States. In the U.S. they are produced commercially in the states of Oregon and Washington. 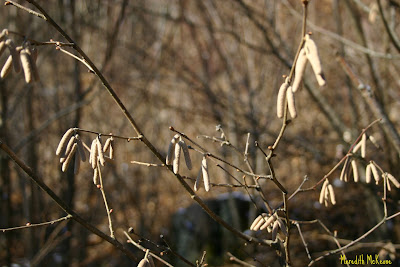 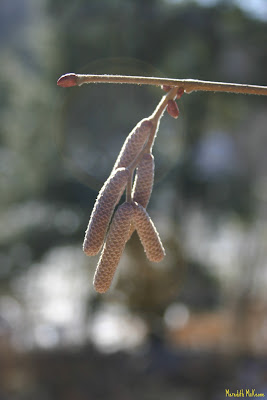 The European hazelnut can be susceptible to the eastern filbert blight, a disease that can totally kill the whole bush. Our native hazelnut bush, the American hazelnut, is immune to the blight, and crosses have been made to improve the larger nutted European hazels resistance to this disease.We have not seen any eastern filbert blight here. Most of our filbert bushes were started from seed by us. Now in their 6th year they are starting to produce better crops.They will usually start to produce nuts in 4 - 5 years after planting from seed. There are many cultivars available today and we also have a few of these in our orchard. Usually these are rooted suckers and will produce nuts in a year or two.
Hazelnuts can be grown as a bush for easier harvesting or as a tree if the suckers are removed as they appear growing from the roots. The nuts ripen in early fall and will begin to fall from their husks. As they begin to ripen they are quickly discovered by the many squirrels, chipmunks, deer and bear. 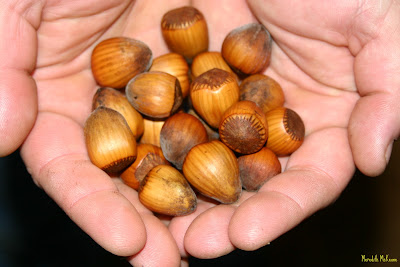 Hazelnuts can be a great addition to your edible landscape with many seasons of interest. In spring and summer its bright green leaves, in fall its crop of nuts and in the winter its display of catkins.
Posted by Erin McKeone at 6:40 AM 0 comments